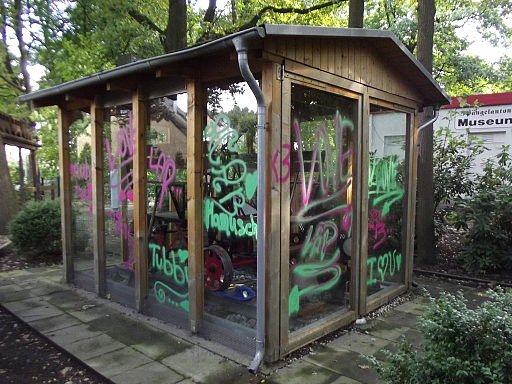 If you want to be cool, you’re going to have to commit some crimes. The dilemma that many people who are trying to become cool face is: “What’s the coolest crime?” It’s a tough question, since almost any crime is really cool. Laws are dumb and you can be a super cool renegade if you break them.

I’ve compiled a list of the coolest crimes along with tips on how to pull ’em off. Be careful not to do it wrong. If you commit the crime wrong, it can be totally uncool.

Murder is a classic. If there’s anybody you admire, they’ve probably killed someone. Picture a cool person in your head.  Yep. That person has definitely killed somebody. There’s nothing that says “awesome” like callously taking away another person’s life.

I know I’m going to get a lot of flack for putting this higher on the list than murder, but it has to be said.  Loitering is awesome. It’s simply the ultimate way to hang out. You can be doing absolutely nothing and be committing a crime!

Senseless destruction is in! Damaging public or private property is a totally cool form of recreation. The bragging rights are immense. You’ll be able to proudly say that you’re the one who destroyed that dumb statue or made that awesome drawing on the side of that dude’s house.

The ultimate thing to steal from somebody is their identity. You essentially become them. Okay, let’s not get carried away here. This isn’t number one on the list because you don’t, like, get their face and take over their life. It’s still pretty cool; you can do some radical stuff with it.

Free stuff is awesome. That’s undeniable. The ultimate free thing is something stolen, of course. You’ll be insanely cool if you sneak into some dude’s mansion and make out with a bunch of diamonds. You can even buy a bunch of high-tech-possibly-non-existent spy equipment and feel really badass.

I hope I’ve helped you get started on your life of crime! Maybe in the future I’ll write a guide about how to break out of prison! (Consequently, breaking out of prison is really cool)