Top 6 Ways to Fake Your Own Death 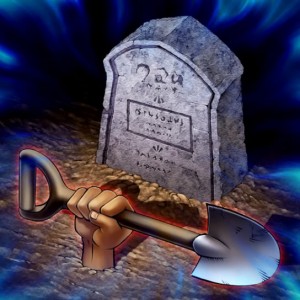 There are countless reasons to want to fake your own death. Maybe a crime boss is really mad at you and you want him to go away. Perhaps you’re tired of everyone you love and care about and want them to leave you alone forever. Maybe you have a big life insurance policy on yourself and want to cash in. If you do that, make sure you have the life insurance company pay the money out to you and not a loved one. Otherwise, it may be hard to retrieve it from them. If the life insurance company is skeptical, tell them you’re your own twin of the same name.

#6: Call Everyone You Know and Tell Them You Died

It’s as simple as it sounds. Give everyone important in your life a quick call and casually inform them that you died. Don’t answer too many questions and try to get off the phone with them as quickly as possible. After all, you’re very busy. Being dead.

They may want to know how you died. In this case, tell them a believable story. Like, you died in a car crash. Maybe if you’re fat, tell them you had a heart attack. Don’t tell them you died in a skydiving accident or monster truck jump (unless you actually do those things then that would be pretty cool) or they might not believe you.

If somebody asks you something like “Then how are you talking to me?” you can tell them you’re a ghost or just abruptly hang up. If you don’t return any of their calls after this, they will probably assume you were telling the truth.

#5: Tell Everyone You’re About to Do Something Really Radical and then Disappear

For example, make a big announcement about how you’re about to jump Deadman’s Gulch with your motorcycle. It could be anything radical like that. Once you’ve done this, simply disappear for a while and stop taking calls. People will immediately assume you died and you’ll live on as the legendary person who tried to do something really radical and died. People have mad respect for that.

Be careful not to think people will get to watch. Don’t specify a time or date, and clarify that you’ll be doing this alone. If you don’t show up for your stunt and disappear, people may not be so quick to think you died. However, they may assume you died for other reasons, like your likely rampant drug addiction.

#4: Host Your Own Funeral

Arrange your own funeral; it’s easy. Invite everybody, pay for the venue, etc (look up a guide on how to plan a funeral for somebody who is actually dead). The only difference is you won’t be dead at all!

Be sure to give strict instructions about not opening the coffin. If people open it up and see it’s full of sand or something, they might get upset.

You can go wild with funeral planning, too. Have them play all your favorite music, regardless of how well it’ll fit the mood of mourning. My #1 recommendation would be “Rock the Dragon”, the title theme of the FUNimation Dub of Dragonball Z.

It might be a good idea to show up in disguise to watch the funeral. If the eulogy is bad, you can boo it.

#3 Hire a Studio and Film Any Death You Want

You can be a superstar AND convince the world that you died IN HD! Sure, the cost may be a bit steep to hire a team of professionals to create a movie-grade film of your death, but it’ll be worth it.

Died in a climactic shootout? Sure. Died avenging your fallen soldier pal in the war? Go for it. Beaten to death by a kangaroo? You bet’cha. Make your dreams come true and reap the countless benefits of being dead without actually dying!

Everyone in your life will remember watching your grisly death on the big screen. They ought to be impressed with the cinematography and special effects.

One major pitfall of this plan is the acting. If you give a poor performance, your loved ones may give your death film low scores and you could bomb in the box office.

#2 Clone Yourself and Murder the Clone

Through state-of-the-art cloning technology, you can create an exact duplicate of yourself! Eluding even DNA tests, everyone will believe this clone is you. If it dies, you’re legally dead too!

This didn’t get the #1 slot because, let’s face it, cloning is dangerous. The clone could be evil and become  your arch-nemesis. Killing an arch-nemesis is no easy feat, and could take years. During that time, the clone can have an opportunity to form its own identity. Purpose defeated, am I right?

It’s also a bit awkward to murder yourself. Especially when you give yourself those puppy dog eyes and mouth “why” at yourself. But remember, it’s just a dumb clone. Not an actual person. You’re better and realer.

#1: Actually Die and then Come Back to Life

This one isn’t necessarily faking one’s death since you will actually be dead at some point, but it achieves the same goal. People will think you’re dead when you’re actually alive.

It may be a little tricky bringing yourself back to life (maybe use a magic elixir???) and you may have to form a pact with greater powers of tremendous evil to do so. My friend Scott said he pulled it off, and he’s pretty credible. He’s the guy who warned me about the bees outside of Game Stop– there were a lot of bees out there.

This is not only a great way to fake your death, but also an awesome adventure to embark on.