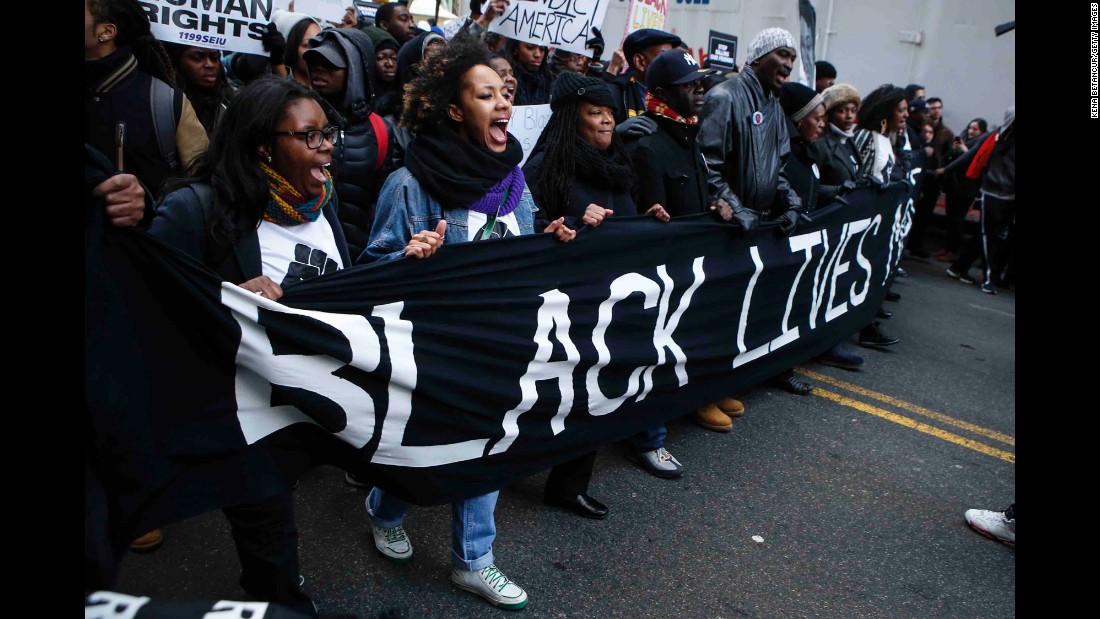 With the #BLMKidnapping hash tag trending on Twitter, some important questions have been brought up. Namely, is it fair to blame a hate crime on Black Lives Matter if the perpetrators had no connection or affiliation with the movement?

The answer is “Yeah man.”  Also BLM is basically the KKK for black people. Legit. I’ll show you why.

Some Black People Are Racist

Did you know that before Black Lives Matter, there were no racist black people? It’s true! There were none.  Need Proof? Here’s a chart. 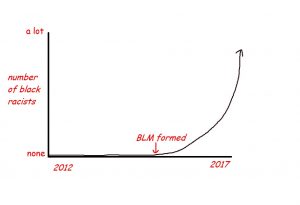 So, whenever you see a black person say something anti-white, you can be guaranteed that it was directly caused by Black Lives Matter! Even if they’re not associated with the movement and have minimal exposure to it, they’re definitely racist because of its existence.

Thus, it’s completely fair to blame any and all hate crime on Black Lives Matter. Including ones where the perpetrators have no known connection to the movement.  Thus, Internet articles erroneously attributing an attack to Black Lives Matter is fine and you should cite them as accurate.

(Brief Example of an Erroneous Association of Black Lives Matter)

However, this is totally pointless. We already know that BLM caused all of the root problems. The attackers were clearly inspired by BLM!

Moreover, concerns about police brutality are also directly caused by the Black Lives Matter movement. You see, before BLM, black people were completely indifferent to police violence. Similarly to black racism, any person speaking about the disproportionate use of violence against black people must be intimately involved with and familiar with the Black Lives Matter movement. So, you can blame any statement made by any black person concerned about police brutality directly on BLM.

Assata Shakur is a Thing

Doesn’t that send chills down your spine? Assata Shakur is very clearly a black-supremacist, just from this quote alone. She wasn’t railing against perceived oppression, no, she was a hateful person who proudly assassinated cops. Sure, she claims to be innocent, but it’s obvious her fans disagree with her and worship her as a cop killer. After all, she was convicted in a court, which are never wrong about anything.

I mean, she said a lot of anti-government stuff. You know what that means? Racist! Being inspired by the accounts of Assata Shakur means that you follow her racist, bigoted, totally not made up ideology.

If there’s anything suspicious about the Black Lives Matter movement, it’s their haste to condemn violence and promote peaceful protest. Given what we know about their hateful movement, we can see it’s all a cover for their true intention: radicalizing black folk. Their false messages of peace and empathy are just not effective. It’s clear that telling black people that they’re subject to disproportionate police violence will lead them down a path of hatred and violence.

“We are committed to embodying and practicing justice, liberation, and peace in our engagements with one another.”

Not falling for it! This is the most obvious cover of all time. You’ll see countless quotes and articles about BLM chapters condemning violence and hate crime – why? Could it be that they want to hide their true agenda? Yes.

Causes All of the Riots and Violence

Black Lives Matter promotes rioting and violence. Directly through its rhetoric. It directly radicalizes people. There might not be many official statements by any BLM chapter directly advocating or condoning violence, but they’re definitely doing it somewhere.

There was that time they chanted “Pigs In A Blanket; Fry ‘Em Like Bacon” so that’s probably it.  Sure, it only happened once, but that one chant represents the movement. And that chat was definitely a call for anti-white violence. Weaselly Black Lives Matter leaders tried to say it “was meant to call for similar treatment between black people and police officers”, but that’s not a reasonable way to interpret that chant.

Since we already established they created every bit of racism and anti-police rhetoric, we can clearly infer that any riot caused by black people was caused by Black Lives Matter.

But maybe if that’s not convincing, how about this: Black Lives Matter has started or been present at multiple protests that have gone violent! As everyone is well aware, BLM is in complete control over all protests. They choose whether any violence occurs, and they usually choose to “Pump Up the Violence” (another common BLM slogan).  Everyone present is under their direct influence, and any hateful behavior can totally be pointed directly at the movement.

Some apologists will point to the fact that most of their official  and unofficial demonstrations are peaceful and generally uncontroversial, but this is clearly a trick to lull us into a false sense of security.

What about all of the riots that happened before Black Lives Matter? There were the Rodney King riots that were spurred by police brutality. The answer is simple. That’s right, Time Travel. The Black Lives Matter movement used their Black Magic to travel back in time and spur riots in the past. Diabolical!